The Dénia Carnival is celebrated this year at La Faroleta, set in the seventh art

Next Saturday 10 of February Dénia will celebrate the Children's Carnival, a party that in recent years has been themed and has become itinerant. For this occasion, the Department of Festivities of the City of Dénia has organized a Carnival party set in the seventh art.

In addition, with the aim of decentralizing the activities that take place in the city and strengthening the different neighborhoods, the Carnival is celebrated this year in the neighborhood of La Faroleta. 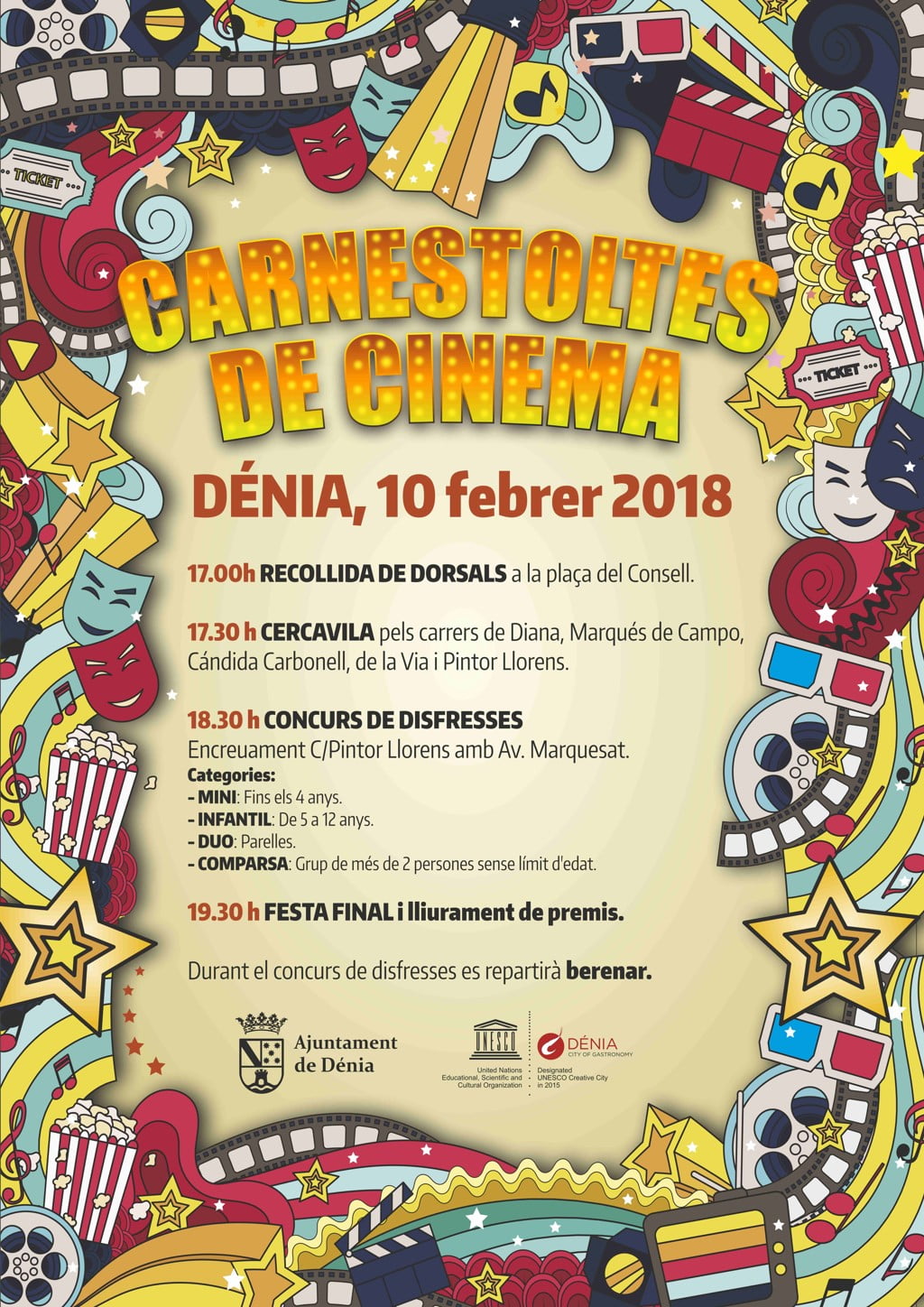 At 17: 00 hours, participants will be able to collect their numbers in the Plaza del Consell. From there, at the 17: 30 hours, they will go on a parade through the streets of Diana, Marques de Campo, Cándida Carbonell, of the Vía and Painter Llorens. At the intersection of this last street with Avenida del Marquesado a stage will be installed where, from the 18: 30 hours, the children's costume contest will take place.

The basis of the costume contest establishes four categories - Mini (up to 4 years), Children (from 5 to 12 years), Duo (groups of two people without age limit) and Comparsa (groups of 3 or more people without age limit ) - and three prizes for each of them that will consist of gifts provided by the partner companies. The awards ceremony is scheduled for 19: 30 hours.

The jury of the contest will be formed by an odd number of members of the Festival Commission and will value the originality, the elaboration of the costume and the exhibition on the stage that the participants do. In the case of comparsas, the costumes and coordination of the group will be taken into account.

After the awards ceremony, the Carnival party will continue until 21 hours with a performance for the children on the stage of Pintor Llorens.