Annual cases of AIDS increase in the Marina Alta

This Sunday, coinciding with World AIDS Day, specialists from the Department of Health of Dénia -DSD- warn of the annual increase in cases in the Marina Alta. According to the Head of Internal Medicine of the DSD, Patricia Martín Rico, a dozen new HIV infections have been registered in the region, while in the whole country between 3500-4000. The majority of cases, 80%, correspond to men and, of them, 60% maintain homosexual relationships. 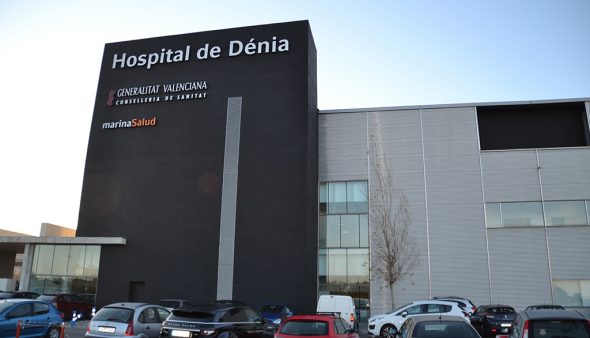 The Department of Health of Dénia has identified and treated a population of 300 patients with HIV. In Spain between 150.000 and 165.000 people live with HIV, although 18% of them do not know it. According to specialists, this is the group with the greatest potential risk for transmission.

According to the World Health Organization -OMS- between 2015-2017 there has been a slight decrease in new cases of HIV infection. Spain stands at an approximate rate of 9-10 cases per 100.000 inhabitants, but the percentages of late diagnosis are maintained. Half of the cases correspond to infected people through heterosexual relationships.

With regard to homosexual transmission, it has decreased the least, especially in ages between 15-35 years. In this population there has been a decrease in the use of prophylaxis methods for sexual intercourse, due to the efficacy of current HIV treatments.

For Dr. Martín Rico, “Prophylaxis is the best measure to prevent transmission. Nowadays, the principles of safe sex should always be maintained but, in addition, early diagnosis and early treatment are essential to avoid contagion, since in the patient who complies well with the treatment and in which this achieves the suppression of the virus permanently, the possibility of transmitting the disease is nil. To do this, it is enough to ask the Primary Care physician for a simple blood test, not only to check for HIV antibodies, but also for hepatitis B and C, since they use the same route of infection: blood or relationships sexual ”.

For the Head of Internal Medicine of the DSD, the current objective is to fulfill the chain that the WHO calls the 90-90-90:

The National Health Service -SNS- has recently approved the use of PreP or pre-exposure prophylaxis in some groups of people at higher risk of contracting HIV infection.

PreP requires the associated use of antiretroviral drugs permanently, although it effectively prevents the transmission of HIV but not of Sexually Transmitted Diseases -ETS-. In fact, the use of PreP in the USA for example and also in Europe has been associated with the exponential increase in the rates of other STDs.

Forbidden to leave and enter the Valencian Community
29 October 2020