This is how a fair day was lived "without noise"

Yesterday's day of the Fira de Tots els Sants It was very special, well, as they agreed to the City Council and the tradeshow business last week, this one stayed "change" during the afternoon. The reason? So that children with autism spectrum disorders and other hearing needs could also enjoy it. 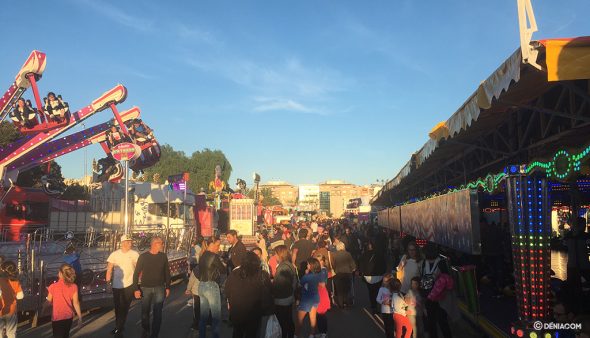 The measure was very well received among the residents of the town, who were in favor of that day "without noise". And yesterday was noted with a fair full of families where you could walk quietly even while having a quiet conversation, something unthinkable during an ordinary day.

In addition, the fact that it coincided with a Children's Day served as a major claim to participate in this unique event.

It is true that the prediction was not fulfilled, since there were certain attractions that did not dispense with their musical thread, although a smaller volume was noted. But, in general, the traders respected this measure throughout the afternoon.

Of course, it is also true that at night the music returned, the sirens and, in short, the noise. So much that some neighbors, after the peaceful afternoon, hinted at the social networks that the volume doubled to compensate for the silence of the afternoon.

The Fallera Local Board asks the authorities to set an example and allow in 2021 to celebrate Fallas 2.0
03 November 2020

The Floats of Dénia: when are they, parade, history and photographs
August 01st, 2020
Leave a comment