The women's absolute team, of the Dénia Tennis Club achieved its promotion to the First Division, the highest category of regional tennis, after beating the El Campello team. 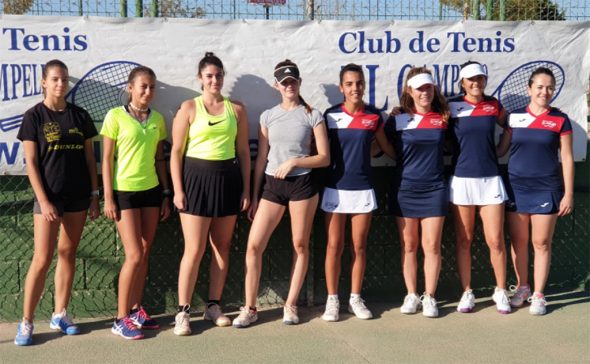 The dianenses girls moved on Sunday to El Campello, where they disputed the semifinal of the Valencian Community Championship by teams and in which they also fought for a position in the top category.

The members of the Dénia Tennis Club played it all in the doubles, getting the decisive point for our Club, after winning Neus Ramos and Sofia Colveé their doubles match in the super tie break by 10 to 8.

Meanwhile, the Veteranas + 45 team moved to Gandía this Sunday, where they were staying in the top category. The dianenses fought until the end against a strong team, the Gandia Tennis Club, although they could not with them falling by 1 to 4. Despite confirming the descent to 2ª division, they will fight next week for the 7º and 8º place in the classification.