Álex Pla will debut with CFS Mar Dénia in Sabadell

The great novelty presented by the Dianense team for the game that will play this afternoon at 18 pm, on the track of the Escoles Pías de Sabadell, is the presence of Álex Pla, a player who has been signed this week. It was the last one left free in the group directed by Jordi Durán. 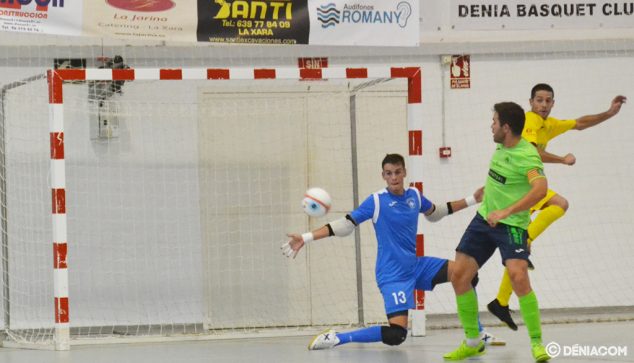 Curro shot on the frame of Escoles Pías Sabadell

This player knows his teammates perfectly since he has played several seasons with them. This season he had signed for the team El Ejido, where he has been during the first round of the championship, the Andalusian team being the leading leader of Group V of Second Division B.

The CFS Mar Dénia seeks to meet again with the good sensations that allow it to add the three points to continue climbing positions towards the upper middle area of ​​the classification. The good image given last week against Pallejà will have to be given again to win on the Catalan track.

It must be said that the Dianense squad is superior to its rival, as was demonstrated in the clash played in the Joan Fuster pavilion on the second day of the league. In that match, the victory corresponded to the Marina Alta team by 5 to 1.

The Catalan team, led by Pedro Donoso, comes to this clash after falling defeated last day against Barceloneta by 3 to 1, slowing his good run with which he ended the year 2019.

The Dianense expedition is aware that they are now the victories away from their fiefdom and therefore will try to return from Sabadell with one. Something that would occur would make the boys of Durán placed in more comfortable positions in the classification.