In the classic mountain race, the XV Mitja Marató Serra d'Oltá, which was held in the villa
Calp, the athlete, Aida Pérez, of Dénia Corre, was second in the absolute ranking of women. Adding some points that allow you to continue leading the Circuit Trail to the Marina Alta. 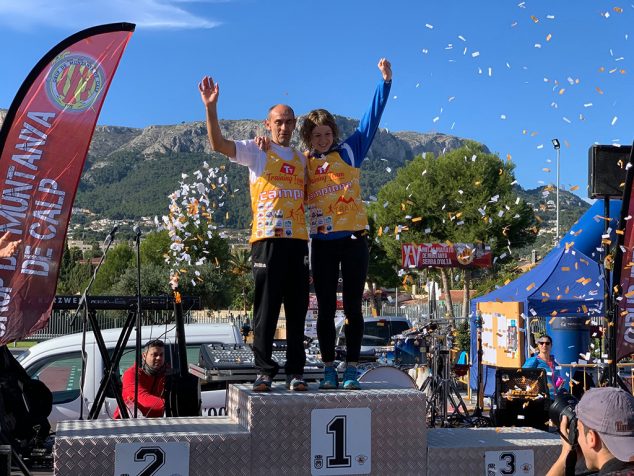 Aida Pérez on the podium in Calpe

In another mountain race, specifically in the Vall Bellcaire d'Emporda, Pol Rodríguez, of Dénia Corre, was the absolute winner at the end of the 22-kilometer course with a mark of 1: 43.55.

Within the Circuit La Safor-Valldigna the Cursa a Real de Gandía was played, with a flat route of 8 kilometers, in which 9 athletes of the Dénia Corre were participating. His results in that test were the following: