On board Andalusia, the galleon with which he reigned in seas and oceans

The Andalusian Galleon is already moored in the Sports and Tourist Port Marina de Denia. This morning, the councilor for Citizen Participation of the Dénia City Council, Pepe Doménech, the head of logistics for the Nao Victoria Foundation, Álvaro Lecaro, and the director of the Dénia Navy, Gabriel Martínez, have offered a press conference in which they have presented this boat, a replica of an imposing Spanish galleon representative of our history and our culture. A ship used by the Spanish during the XVI to XVIII centuries, in the maritime discovery and commercial expeditions between Spain, America and the Philippines. 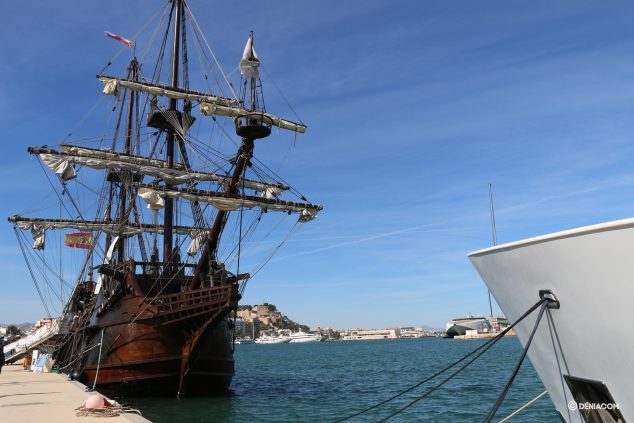 The Andalusian Galleon moor in the Marina of Dénia

The Andalusian Galleon, managed by the Nao Victoria Foundation, can be visited from today at 14 pm and until next Sunday until 19 pm. Visiting hours are from 10 to 19 hours. “It is very important to have this ship here and we are delighted that our children can know all the history and culture of Spain. Thanks to ships like this, the Spanish language is the second in the world. Imagine how many miles our galleons have navigated and how many ports they have landed on. ”, commented Gabriel Martínez. "It reminds us of historical dates from the XNUMXth and XNUMXth centuries. On board ships like this, Spain, with its merchant fleet, took over the oceans and seas of the world. We must remember that at that time a Spaniard also discovered the trade route between America and Asia. On board ships like this, the Spaniards dominate the world and also create the greatest empire that human history has ever known and possibly will know. " 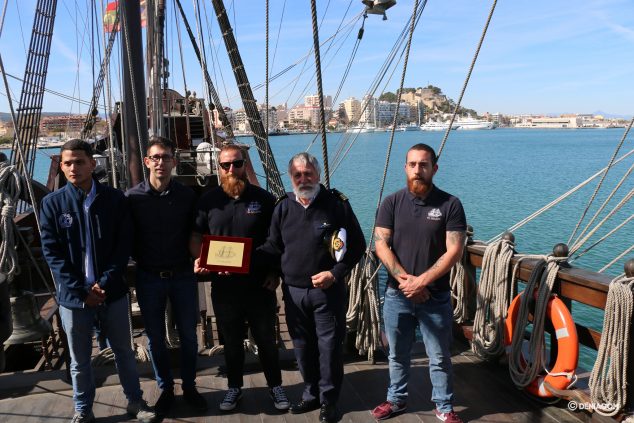 presentation of the Galleon Andalusia

For his part, Pablo Tejada, the first officer on board, has shown his satisfaction for being able to take this unique boat to Dénia. This galleon weighs 500 tons and was built in 2009 in Punta Umbría (Huelva) for the Shanghai International Exhibition. He currently has a crew of 25 people, originally this type of ships sailed with more than 100 crew. "They slept on the decks, not like we who have our bunk beds. And life on board you can imagine it", tells jocular Tejada.

How you live and how you lived in a great galleon

The Galleon Andalucía has started the 2020 tour with the purpose “That anyone who visits us is soaked in history and is proud of everything that was done 500 years ago. Unfortunately in Spain we have very few vintage ships to show the students of nautical and, with this galleon, we give the opportunity for anyone who wants to be with us between three and six months and train to be captain ”, said Álvaro Lecaro. "We have visited the US, Canada, the Caribbean, we have crossed the Atlantic ... we have been many miles in the almost 1000m2 of sailing it has." 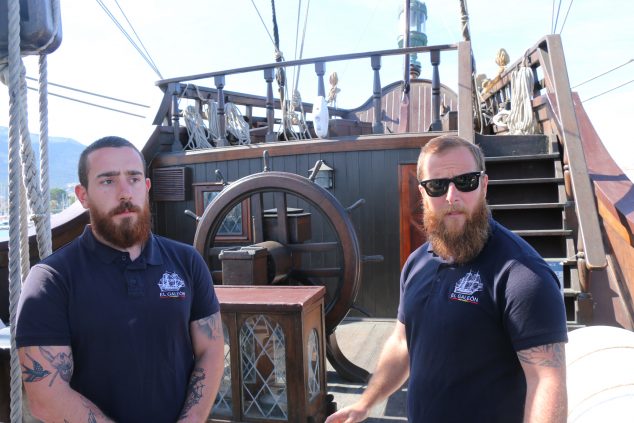 Apart from being a museum ship, Andalusia functions as a school ship, "giving the opportunity to the kids from 18 years to enroll in periods of 3 months, 6 months or even a year to live the experience, to make their nautical days that require them to do a training and an opportunity, especially , to travel, meet people, cultures and other life system, that of the sea ", tells the crew of the ship. 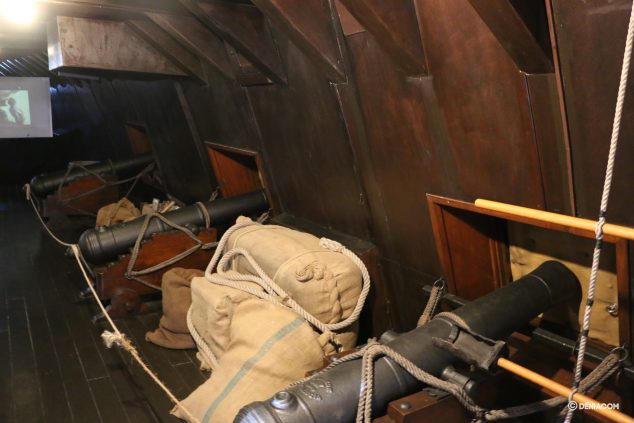 An authentic floating museum where every stick and every candle has its name and the furniture is handmade by specialist carpenters, just like the cannons. The boat is still driven with the helm exposed, but although it seems all old they have the most modern rescue materials, GPS, probe ... a navigation system like any modern yacht could carry. 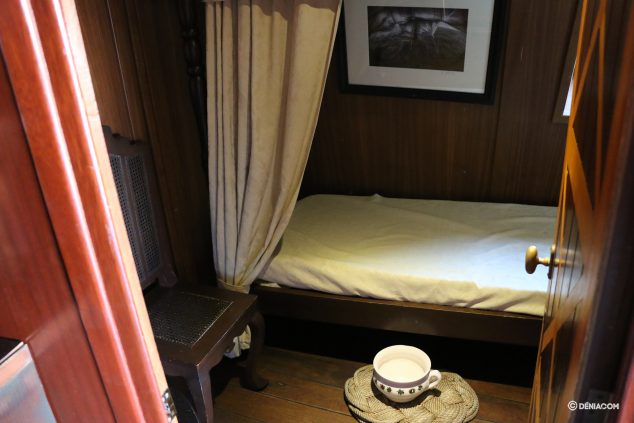 The boat shows how the crew of that time lived. An opportunity for anyone who wants to get on board to know its history. In addition, it will have guided tours, during February 27 and 28, for schools that want to make the appointment. Visits can be arranged by calling 954 090 956 or sending an email to contents@fundacionnaovictoria.org

It should be noted that tradition and modernity come together in a space of more than 320 square meters of areas that can be visited along the galleon roofs. A ship of 500 tons of 49 meters of length and 10 of beam, which trees 4 sticks and almost a thousand square meters of velican surface with its 6 sails. Its average speed is 7 knots. Since his launch, with a crew of between 15 and 35 people, he has already sailed the great oceans and seas of the world.

Sales points: at the Dock or on the web: www.fundacionnaovictoria.org 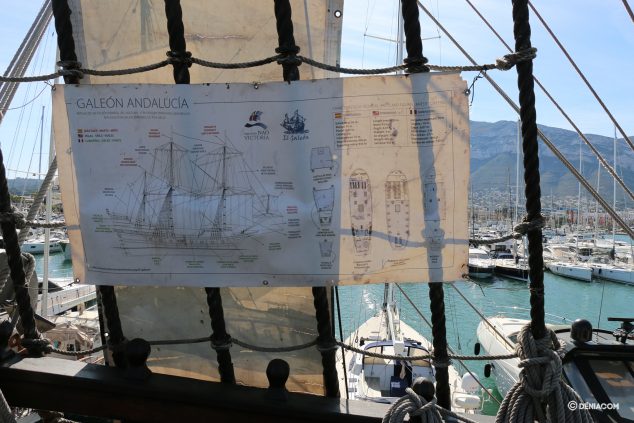 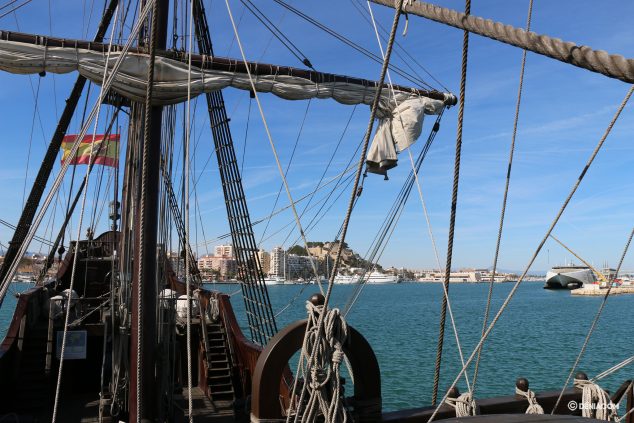 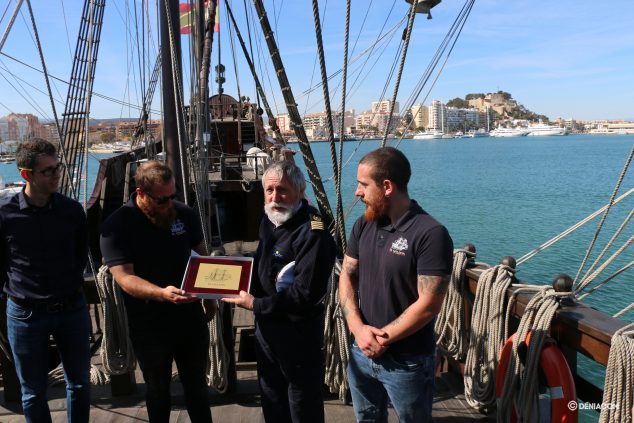 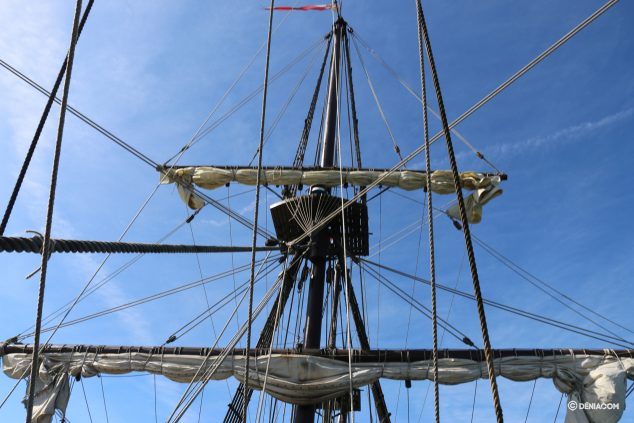 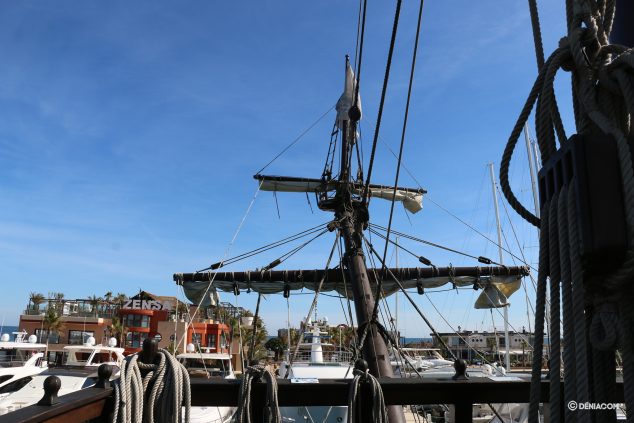 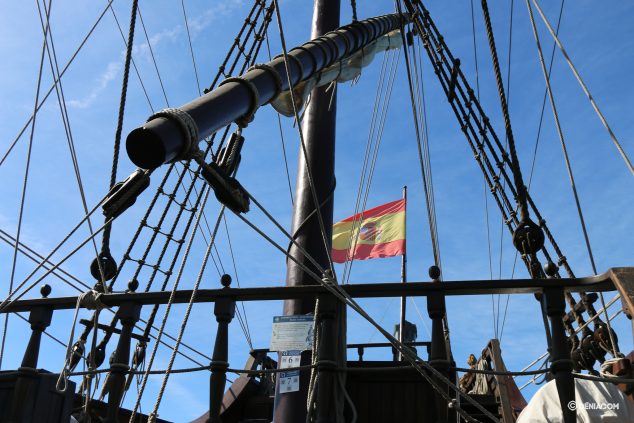 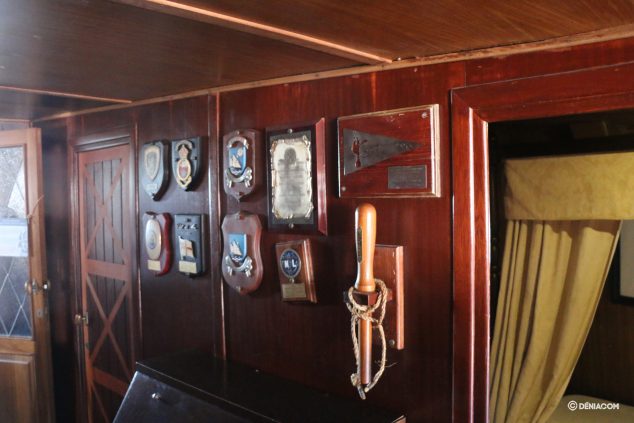 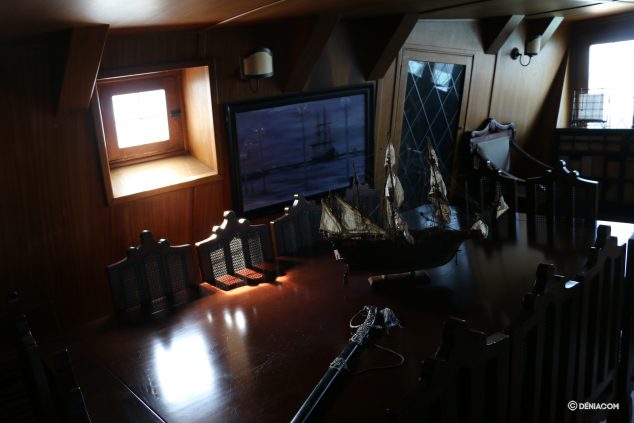 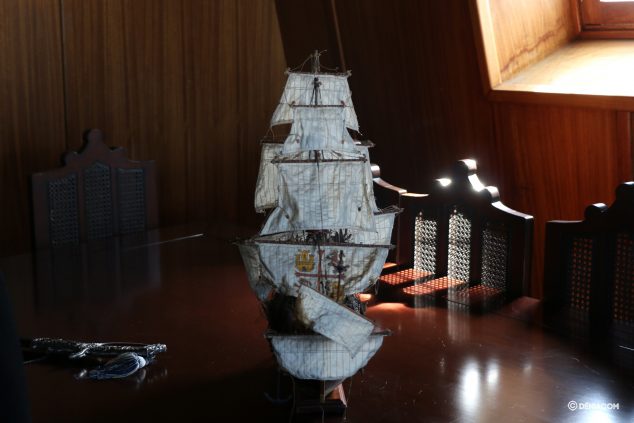 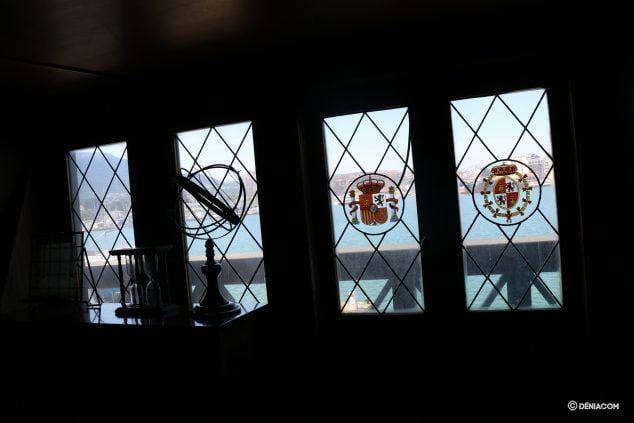 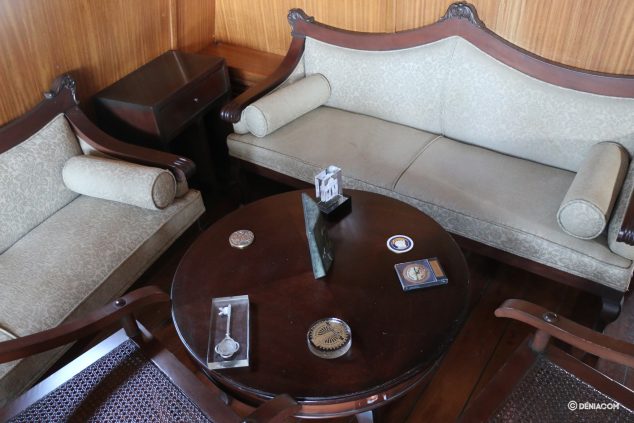 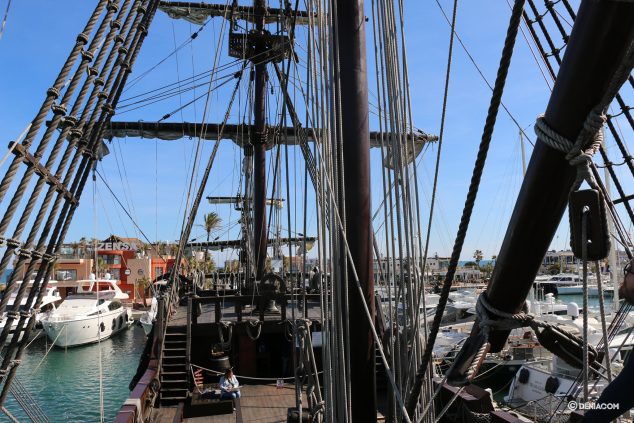 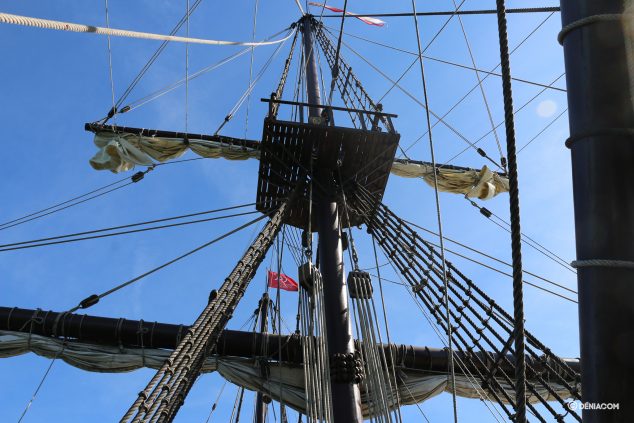 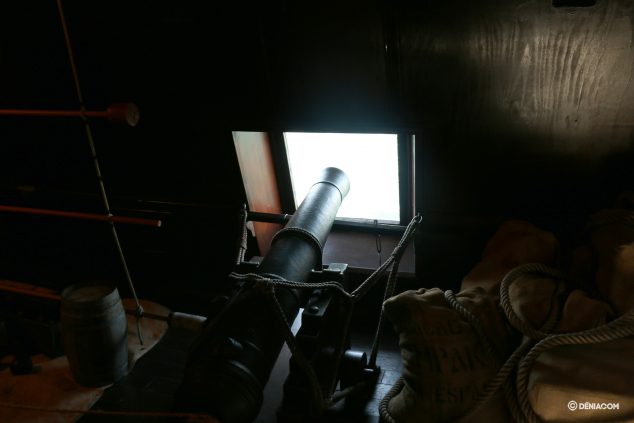 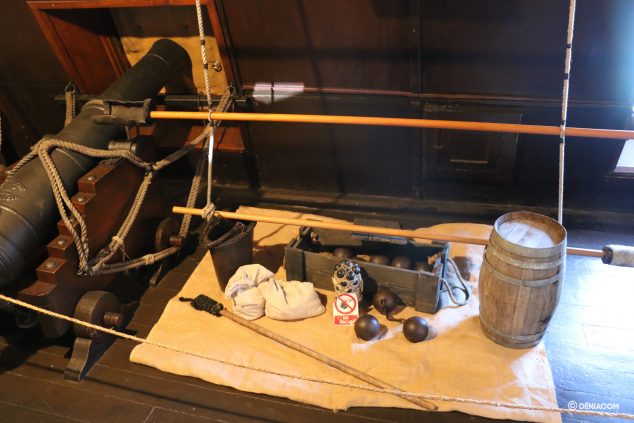 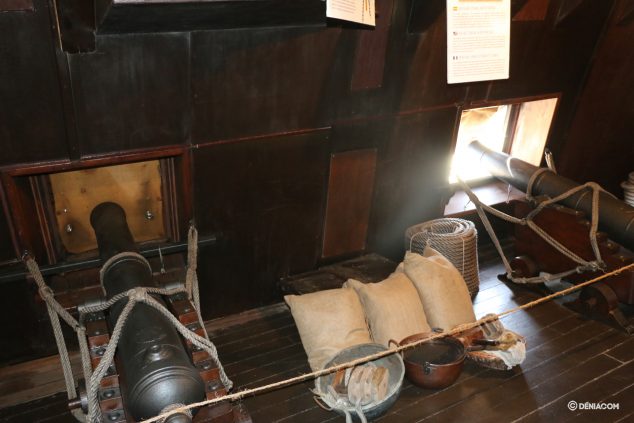 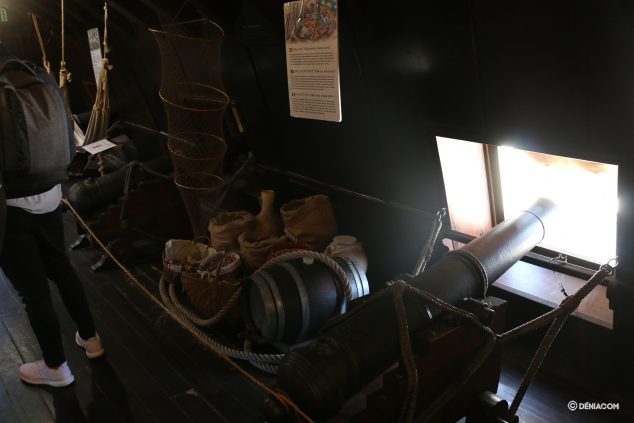 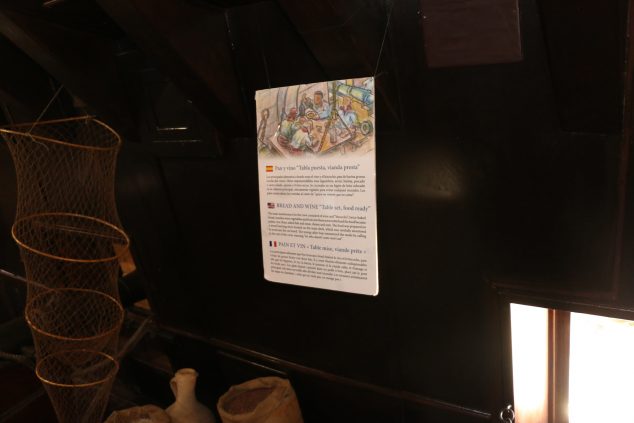 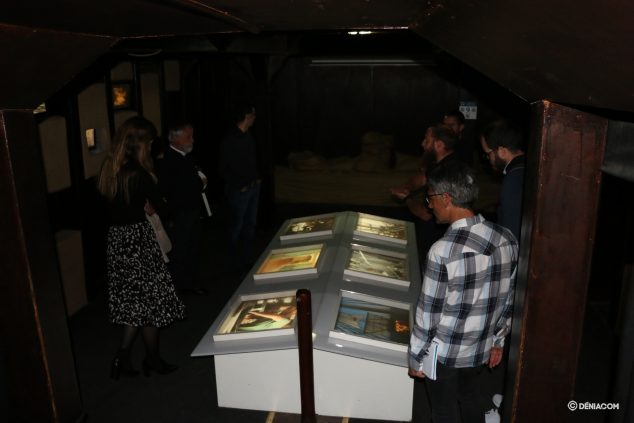